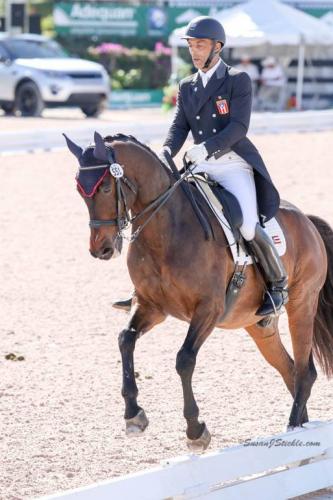 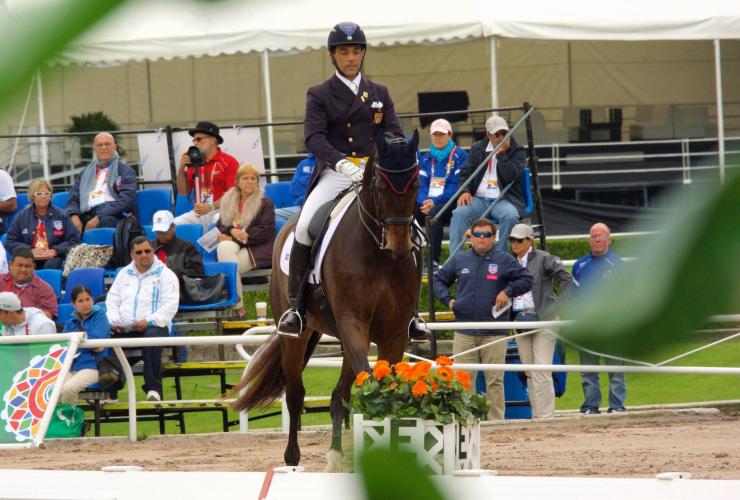 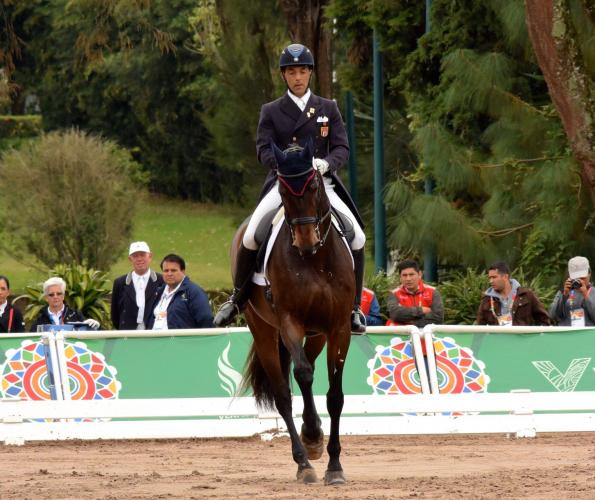 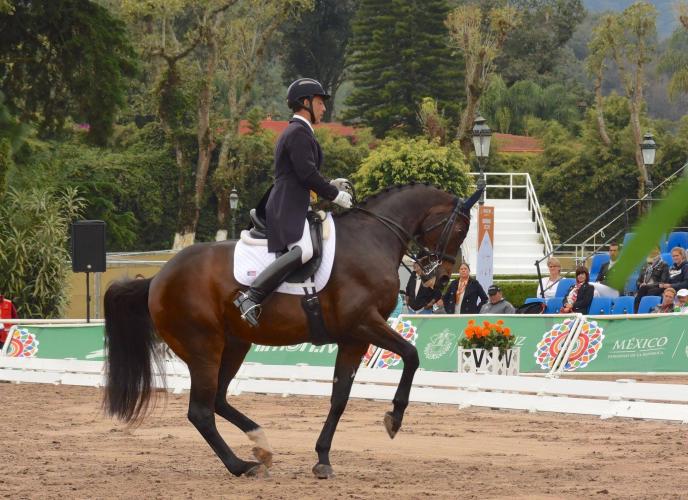 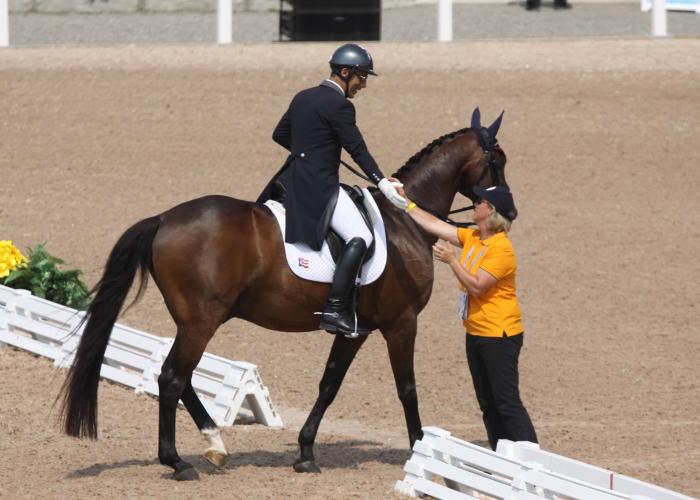 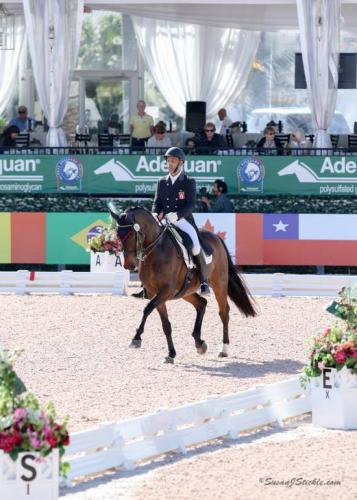 Royal Affair, known in the barn as “Robbie” was acquired as a ten year old having already debuted mark as an international dressage horse.  During his career, Robbie has competed in two Central American Games (2010 & 2014) and the Pan American Games (2015).  Robbie came from the Hanoverian mare Donatia who is from the famous Oldenburg stallion Donnerhall from the mare Princess O by Prince Thatch xx.

Robbie currently is in Aiken, SC where he has be rehabilitating from injuries suffered in 2017.  He is expected to return to work during the 4th Quarter of 2018.