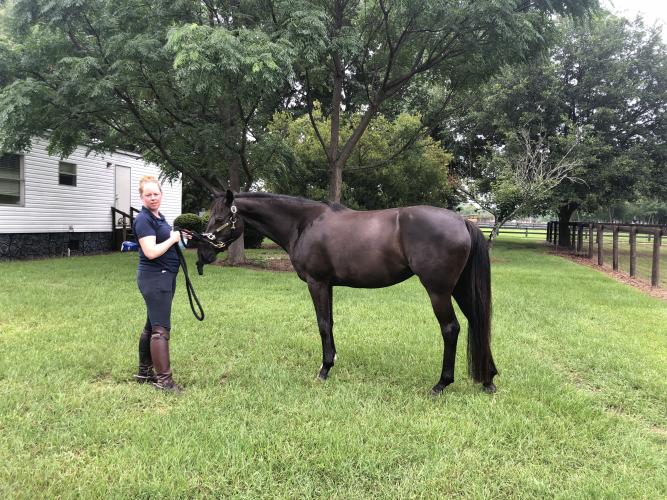 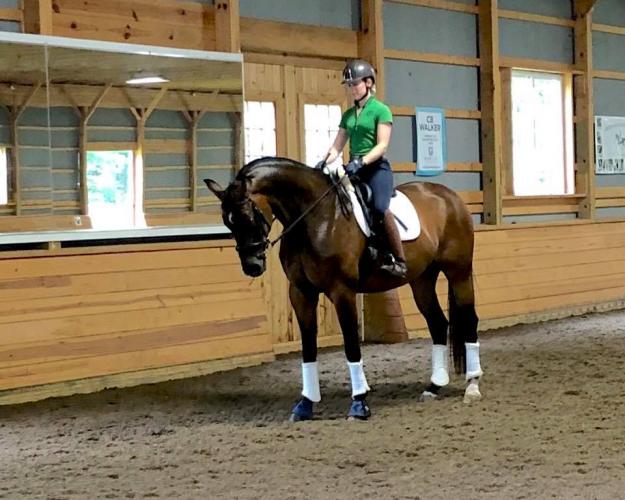 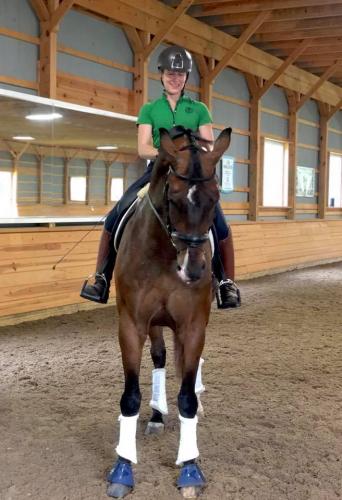 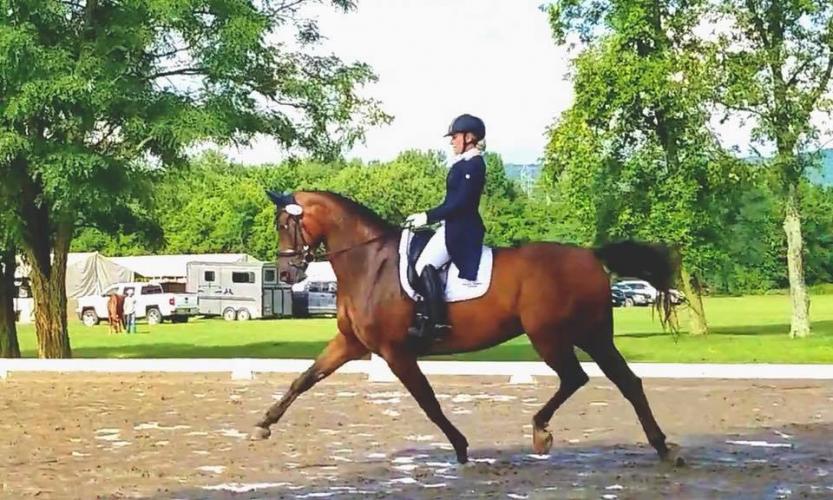 Demetrius sire by top Hanoverian stallion Dancier (by DeNiro) from the mare Decente by Don Bosco (by Donnerhall) was imported from Germany as a five year old in 2014. After four years of training in south Florida, “Deme” relocated to CB Walker Stables in Bedford Hills, NY where he trains and competes with Courtney Bolender. Deme, since arriving in the United States, has benefited from multiple training sessions hosted by some of the top dressage clinicians in the world including Henk van Bergen, Lars Petersen, Scott Hassler and several others. Deme is currently competing at the Prix St. Georges level.